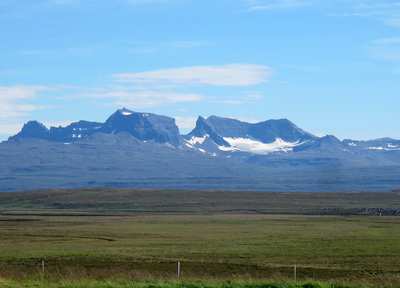 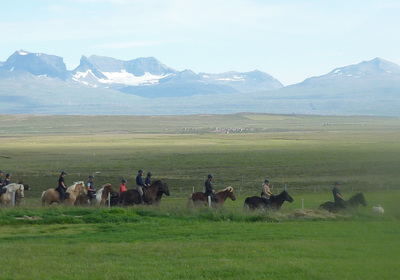 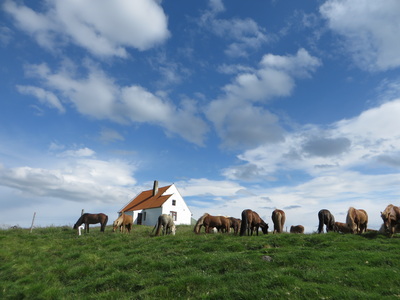 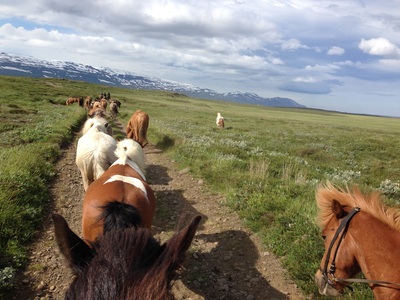 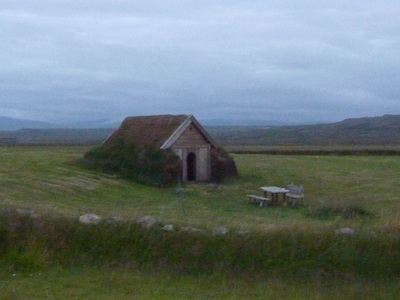 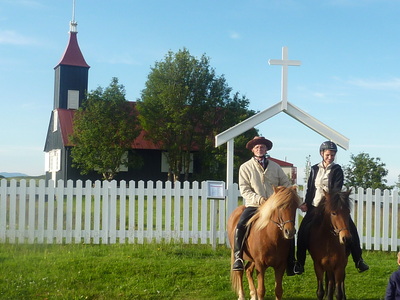 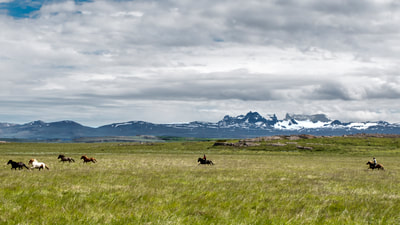 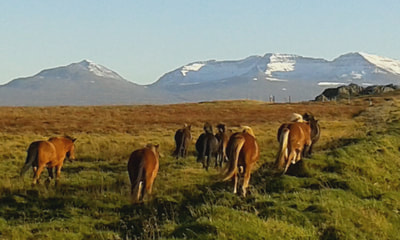 Our farm Geirastaðir is in North-East Iceland, in the so-called Hróarstunga in between the rivers Jökulsá and Lagarfljót. Hróarstunga is a wide, open valley with a stunning view on the mountain ranges Hlíðarfjöll in the West and the prominent mountains in the East, such as the well-known Dýrfjöll for example. In the Hróarstunga valley are a lot of old mailing routes, which are amazing horse-riding tracks these days. This is why a lot of horse-riding tours come by for a visit on their way to our neighbouring farm, which is the well-known and beautiful hostel Húsey (www.husey.is). Nearby are two beautiful, historical churches to be seen; the church Kirkjubær and the turf church Geirstaðakirkja, which has been rebuilt according to its historical model from the Viking age. 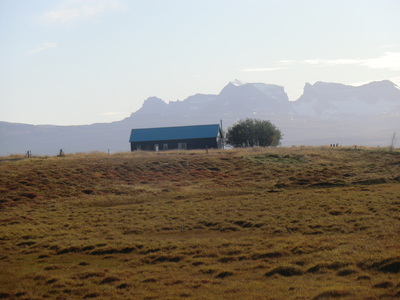 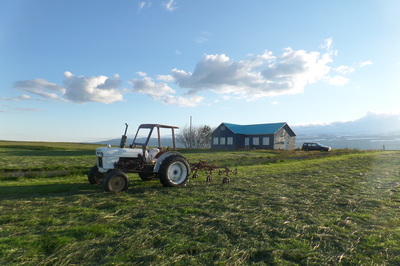 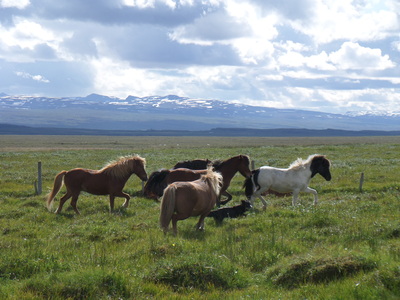 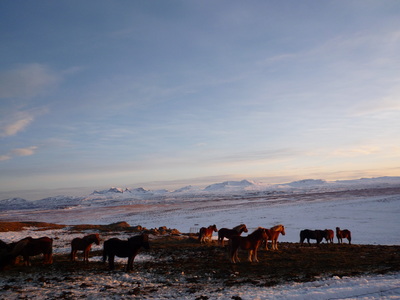 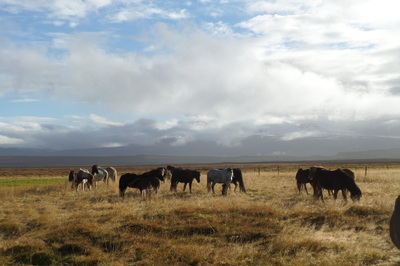 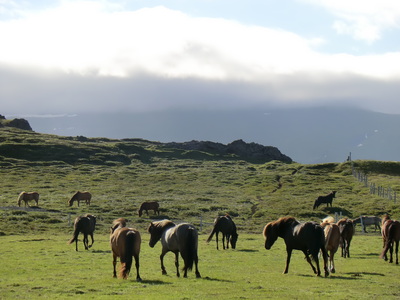 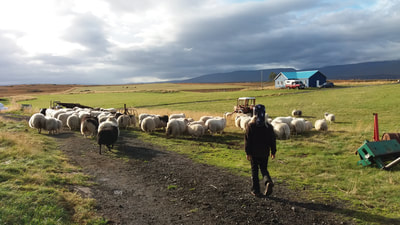 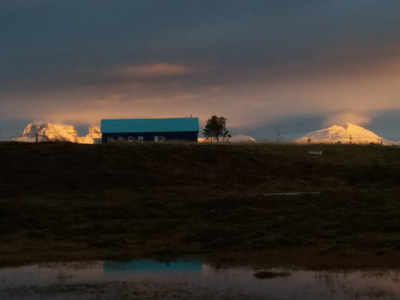 We have quite a few 100 ha grassland on Geirastaðir; about 30 ha are used as hay and pastureland. We live here in the summer months with our horses. The most of theim are used for the ridingtours.

The farmhouse was built in the 1960s by our predecessor Óskar Guðmundsson. It is quite small (about 90 m²), but cosy. There are 2 sleeping rooms, 1 living room,  a kitchen with dining area- and a lot of space outside :) 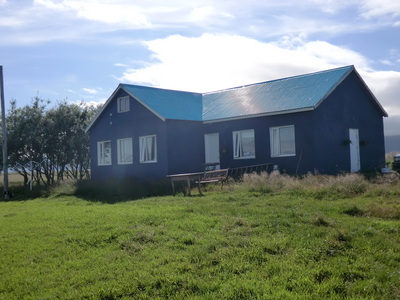 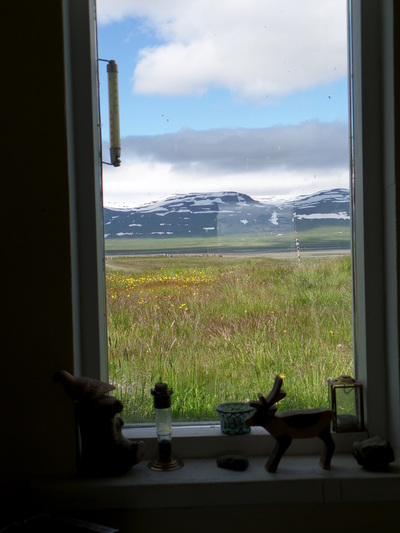 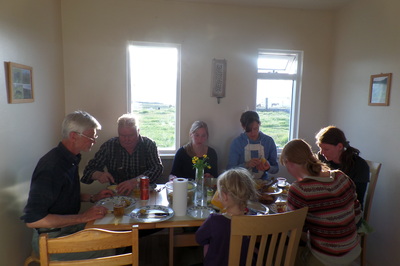 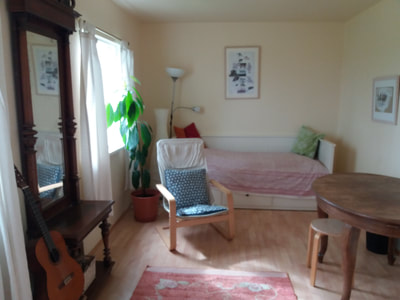 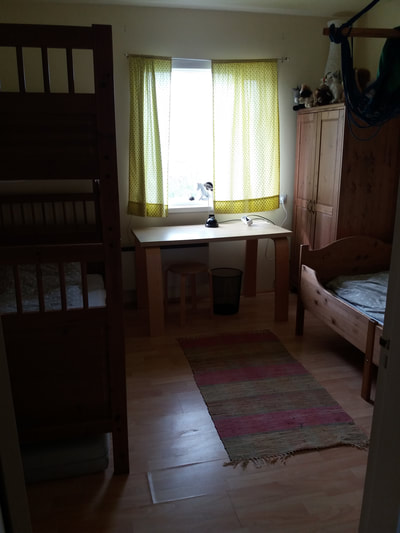 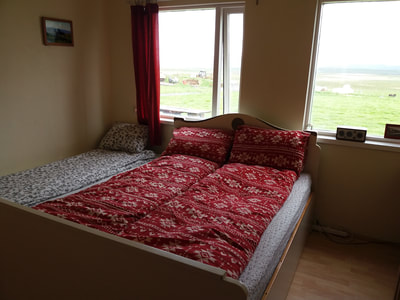 Since the summer of 2018 our new small cottage  is finally finished. Made entirely of timber, 24 m2 inside surface with large veranda, separate bedroom with 2 beds and a kitchen with sofa bed. From the cottage you have a magnificent view of the mountains, the horses and the vastness of the landscape. 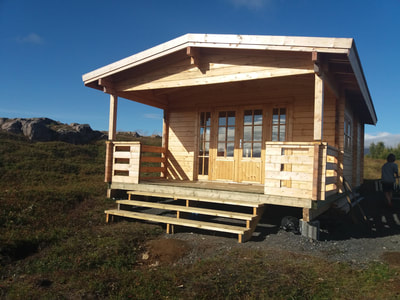 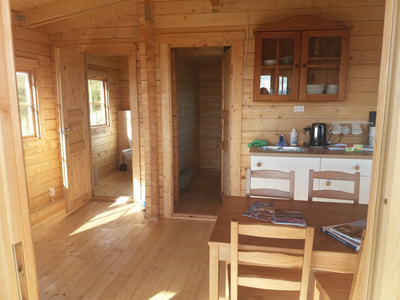 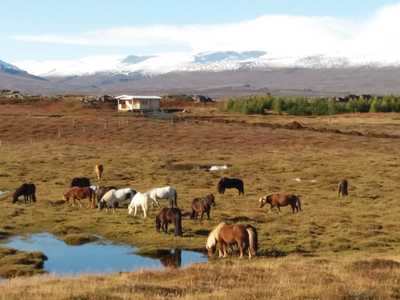 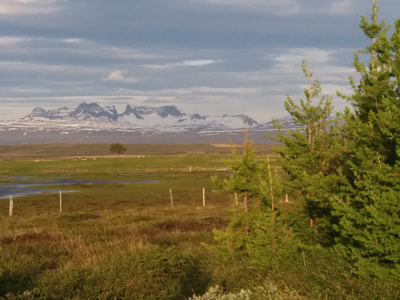 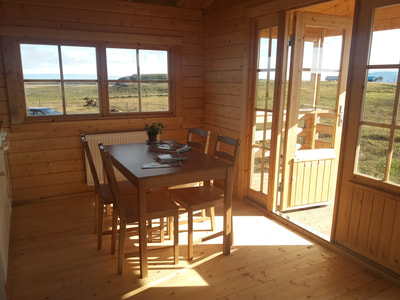 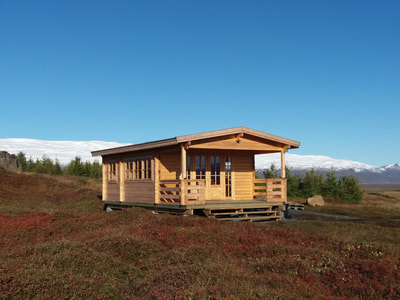 Geirastaðir is about 40 km away from the next town Egilsstaðir. Egilsstaðir is, with its 2200 residents the biggest town in East Iceland and thus has a very good infrastructure. Egilsstaðir has a domestic airport, diverse sports possibilities, (i. e. swimming pool with a hotpot, golf, and many more), 2 big supermarkets and various small shops, a health center, a museum of local history, several nice restaurants and cafés and diverse accomodation possibilities, starting with a campingsite up to a luxury hotel (www.east.is oder www.fljotsdalsherad.is).

Close by are many beautiful tourist attractions, such as the former residence of the well-known writer Gunnar Gunnarson in Skriðuklaustur, the impressive waterfall Hengifoss, the biggest forest of Iceland Hallormsstaðaskógur, the breathtaking  Stuðlagil-canyon, the small old harbour settlement Seyðisfjörður, the natural bath Vök and the stunning mountain region of the East fjords, which is the destination of our horse-riding tours
(see also www.borgarfjordureystri.is).